Distribution of the individual parameters

This figure can be used to compare:

Further analysis such as stratification by covariate or shrinkage assessment can be performed and will be detailed below.

In the warfarinPK_project, several parameters are estimated. It is possible to display the theoretical distribution and the histogram of the empirical disitribution as proposed below. 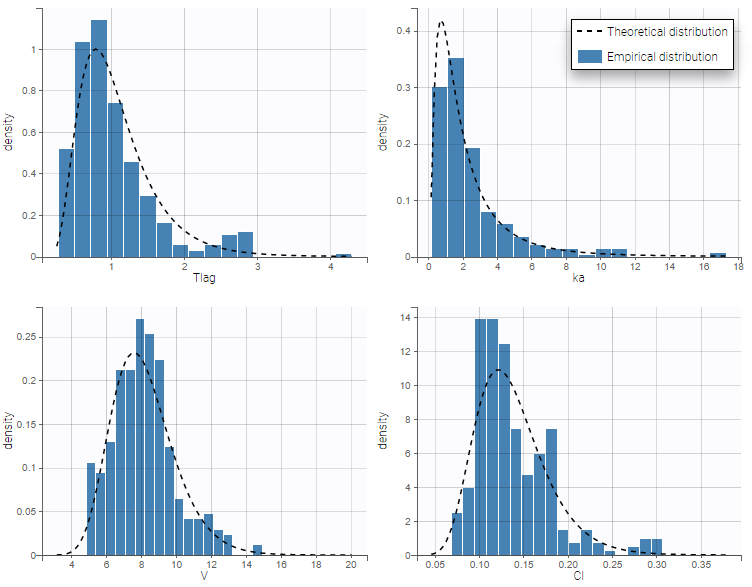 The distributions are represented as histograms for the probability density function (PDF). Hovering on the histogram also reveals the density value of each bin as shown on the figure below 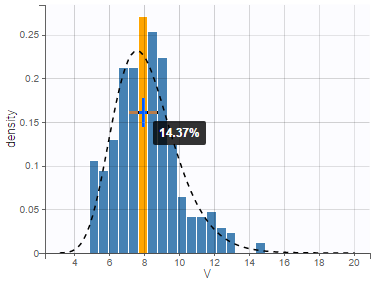 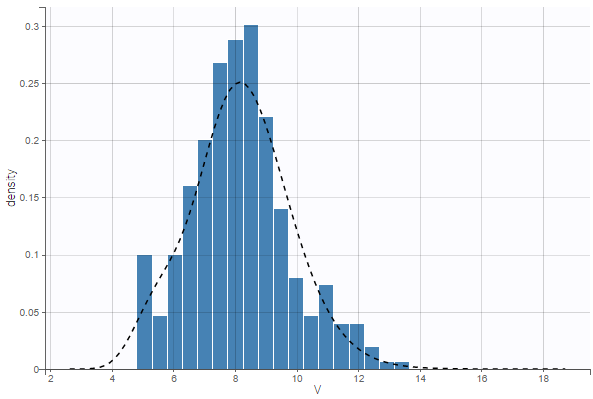 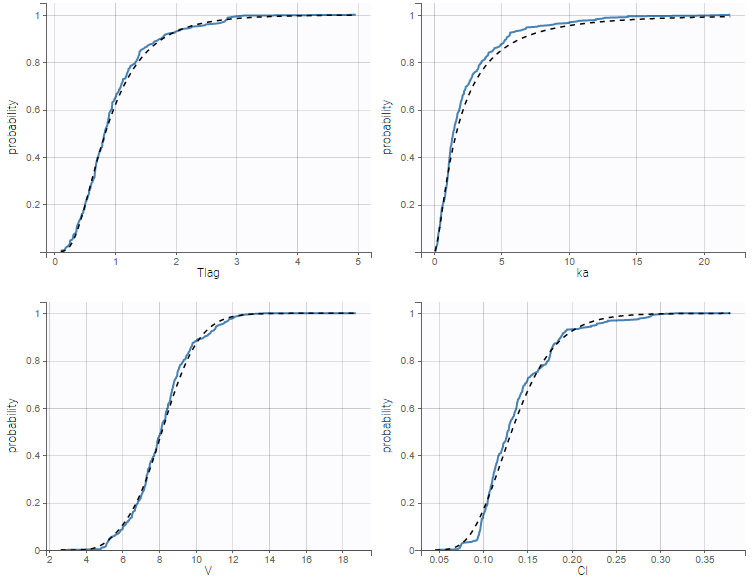 Again, overlaying the plots display the information concerning the parameter value and its empirical and theoretical cdf. 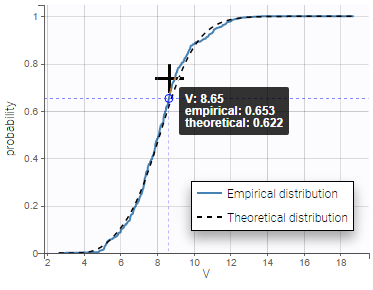 Getting away with shrinkage using simulated individual parameters

If the data does not contain enough information to estimate correctly some individual parameters, individual estimates that come from the means or the modes of the individual conditional distributions are shrunk towards the same population value, which is respectively the mean and the mode of the population distribution of the parameter. For a parameter \(\psi_i\) which is a function of a random effect \(\eta_i\), this phenomenon can be quantified by defining the \(\eta\)-shrinkage as:

where \(\text{Var}\left(\hat{\eta}_i\right)\) is the empirical variance of the estimated random effects \(\hat{\eta}_i\)’s. It is possible to display the shrinkage value on top of the histograms, as can be seen below: 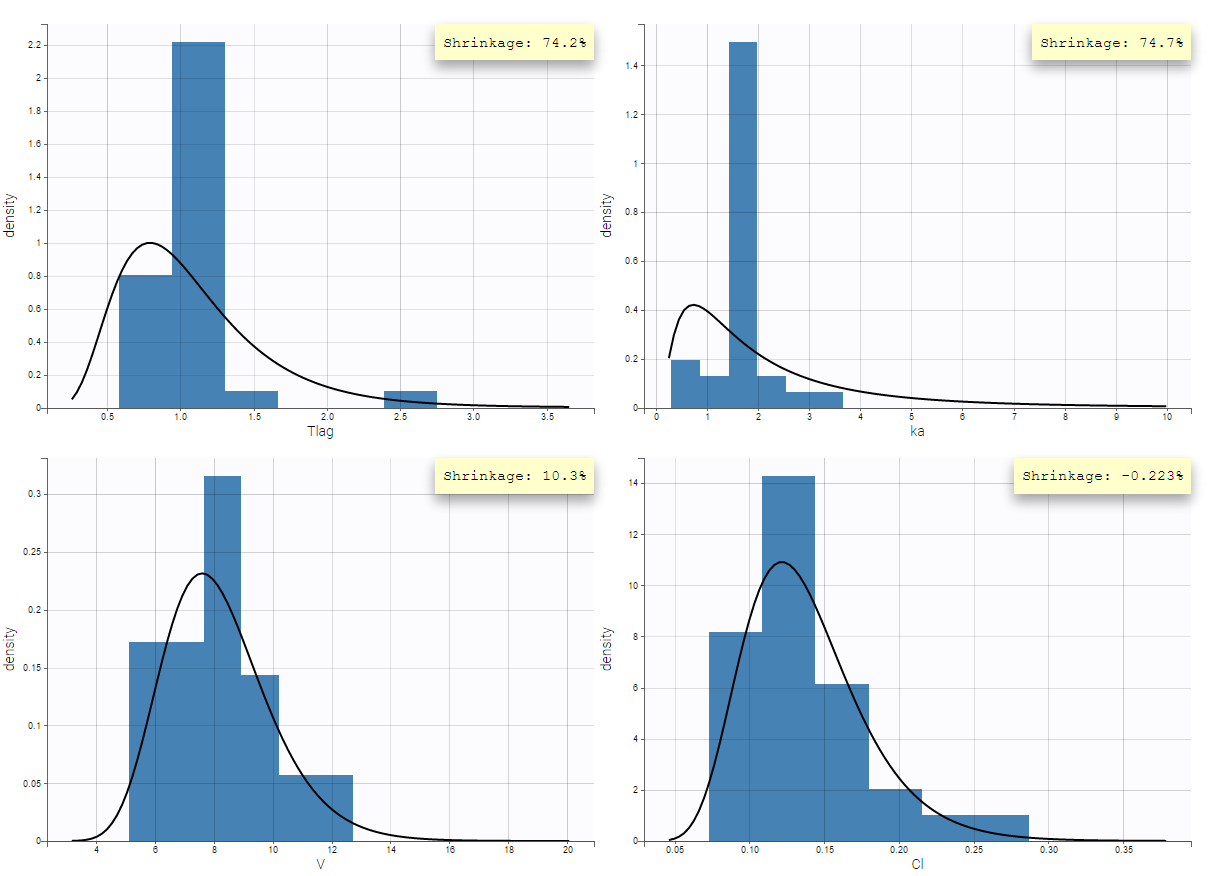 The “simulated individual parameters” option uses instead individual parameters drawn from the conditional distribution, simulated by the MCMC procedure. This method is recommended as it permits to obtain unbiased estimators that are not affected by possible shrinkage, and leads to more reliable results. For more details see the page Understanding shrinkage and how to circumvent it.

In the same example, the simulated individual parameters provide much better shrinkage as can be seen below. 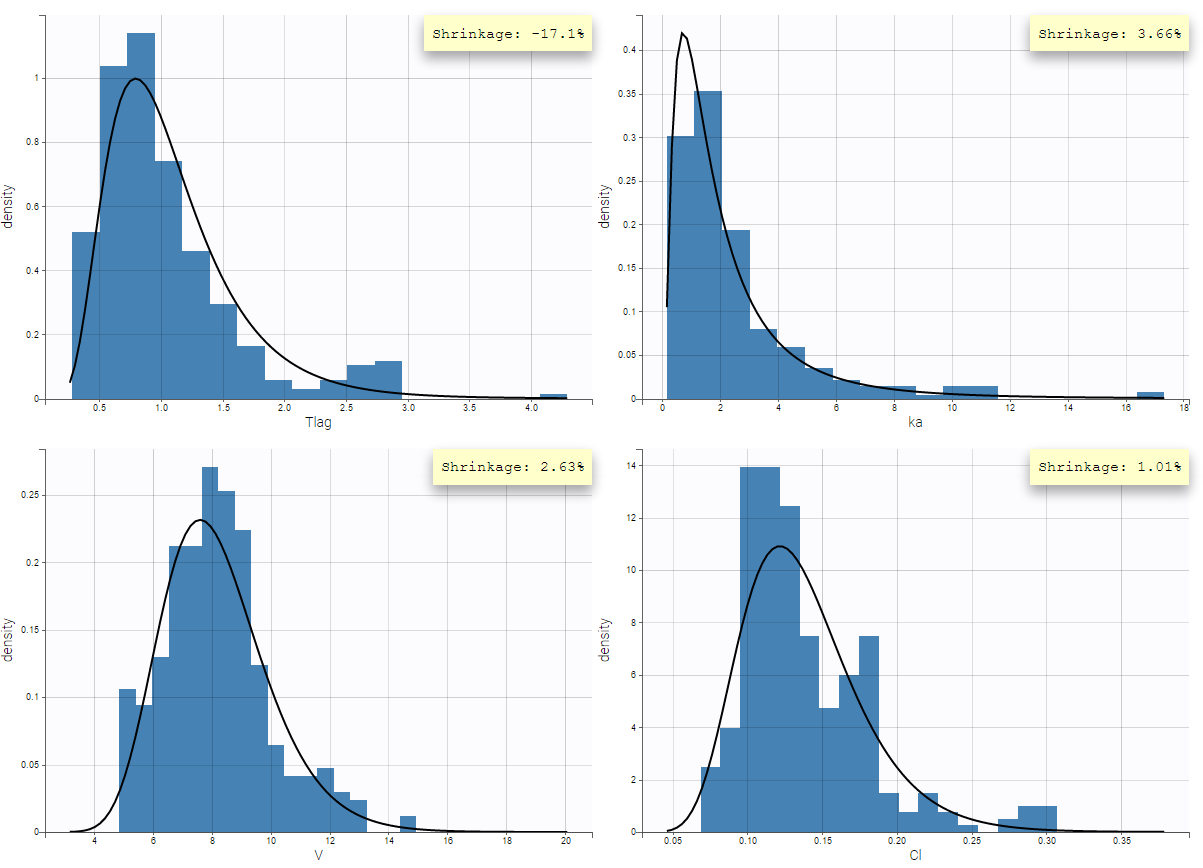 The following table compiles the shrinkage calculation (in %) for all methods 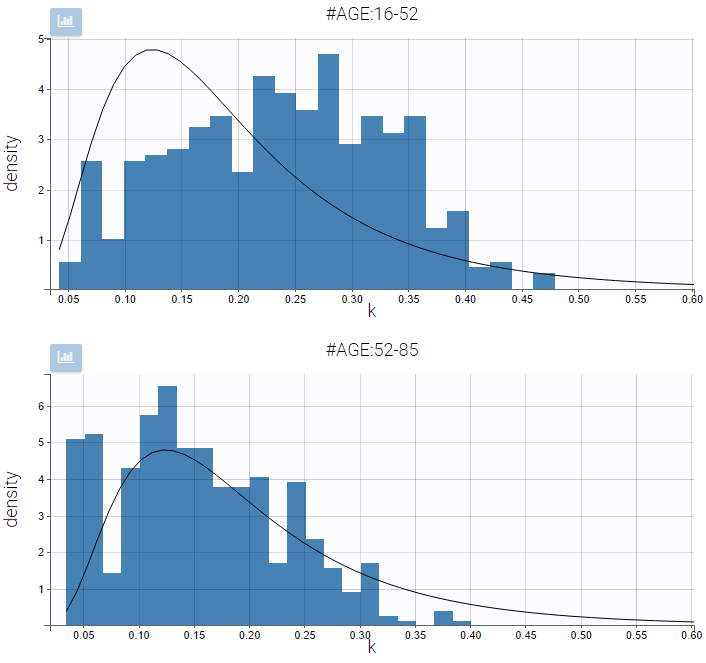