Objectives: learn how to define and use regression variables (time varying covariates).

A regression variable is a variable x which is a given function of time, which is not defined in the model but which is used in the model. x is only defined at some time points \(t_1, t_2, \ldots, t_m\) (possibly different from the observation time points), but x is a function of time that should be defined for any t (if is used in an ODE for instance, or if a prediction is computed on a fine grid). Then, Mlxtran defines the function x by interpolating the given values \((x_1, x_2, \ldots, x_m)\). In the current version of Mlxtran, interpolation is performed by using the last given value:

The way to introduce it in the Mlxtran longitudinal model is defined here.

Regressor definition in a data set

It is possible to have in a data set one or several columns with column-type REGRESSOR. Within a given subject-occasion, string “.” will be interpolated (last value carried forward interpolation is used) for observation and dose-lines. Lines with no observation and no dose but with regressor values are also taken into account by Monolix for regressor interpolation.

Several points have to be noticed:

We consider a basic PD model in this example, where some concentration values are used as a regression variable. The data set is defined as follows

Thus, it changes at the time points where concentration values are provided: 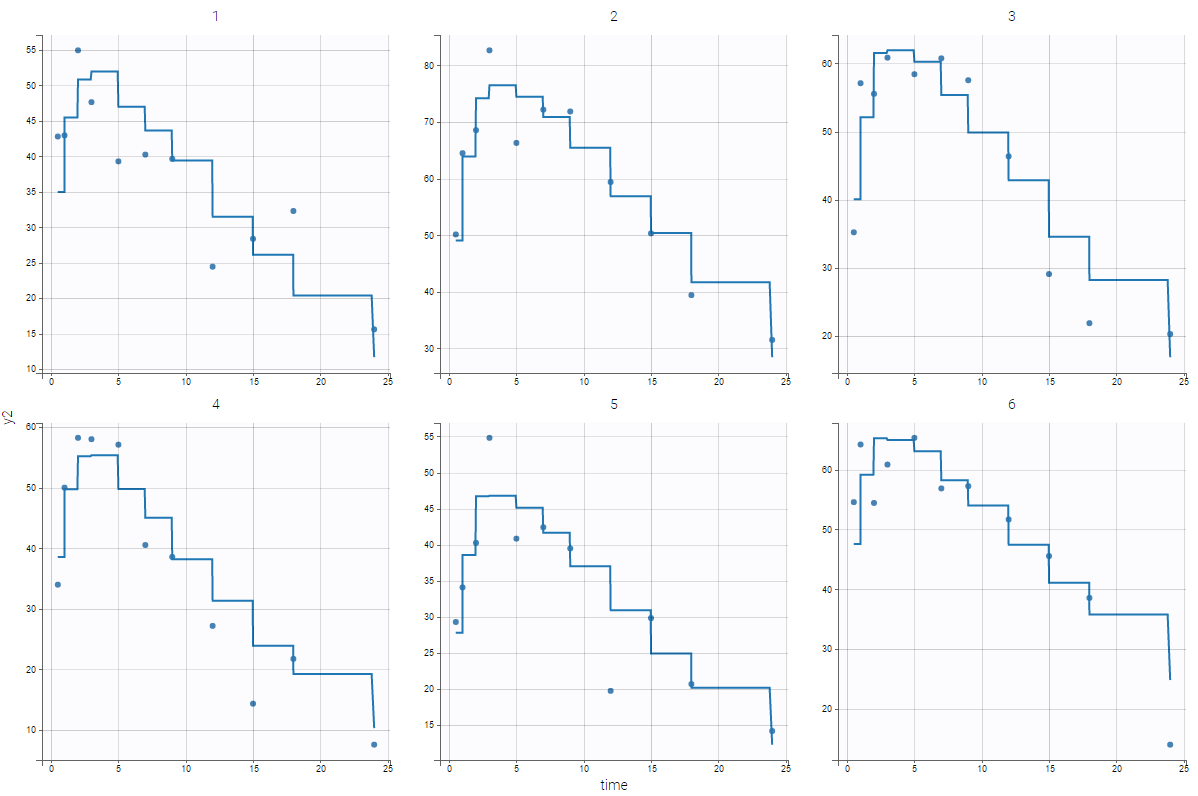